Our lab’s focus is on defining interstitial ion homeostasis, fluid transport and glymphatic flow in the adult brain, with special emphasis on the mechanisms of CSF fluid dynamics and protein clearance, and its dysregulation in proteinopathic neurodegenerative disorders, including Alzheimer’s disease. We are also engaged in defining the contribution of astrocytes to brain ion homeostasis, and the latter’s role in arousal and its disorders.

Neuro-glia Interactions
The last 20 years have witnessed a dramatic departure from the classical thinking: neurons are no longer believed to be the sole substrate of higher brain function and deciphering the role of neuroglia as active contributors to coordinated network activity has emerged as an exciting frontier in the study of neuroscience. Read more about neuro-glia interactions

Glymphatic System
Throughout most of the body, a complex system of lymphatic vessels is responsible for cleansing the tissues of potentially harmful metabolic waste products, accumulations of soluble proteins and excess interstitial fluid. But astonishingly, the body’s most sensitive tissue –the central nervous system – lacks a lymphatic vasculature. What then accounts for the efficient waste clearance that must occur in order for the neural tissue of our brains to function properly? Read more about the glymphatic system

Evolutionary Changes of Astrocytes
Sophisticated cognitive abilities, such as an unparalleled capacity for learning, language, abstract expression, and metacognition are said to set humans apart from animals. But what accounts for these differences? Classically, interspecies variation in intelligence has been attributed to neurons. However, comparisons between the brains of different species indicate that the proportional make up and sophistication of a different, historically underappreciated, type of brain cell increases as a function of increased cognitive capability. This project is a collaboration between the Goldman Lab and the Nedergaard Lab. Read more about evolutionary changes of astrocytes

Glial Responses to Traumatic Brain Injury, Stroke, the Role of Gliosis
Frank insult to the central nervous system (CNS), in the form of traumatic brain injury (TBI) or cerebral infarction (stroke), exposes the brain and spinal cord’s distinct cellular populations to an environmental catastrophe. Our interest in the role of astrocytes following CNS injuries stems from the fact that they constitute therapeutic targets that occupy prime real-estate: by extending processes that interface with blood vessels and neuronal synapses, as well as forming physically coupled networks with other astrocytes, they effectively couple nutritional support with information transfer and processing. Read more about glial responses to traumatic brain inury, stroke, the role of gliosis

Chronic Pain
Chronic pain disrupts the lives of over one and a half billion people around the world, upsetting their sleeping habits, limiting their functional capabilities and causing severe emotional trauma. However, none of the current medications effectively treat chronic pain and many are accompanied by unacceptable side-effects, such as slowed cognition, gastrointestinal complications, and in certain cases of prolonged use, a paradoxical hyper-algesic effect. Part of the problem may be that current treatment paradigms are based on a fundamentally incomplete understanding of chronic pain’s neurobiological basis. Read more about chronic pain

Accupuncture
Since its inception in China around 2,000 B.C., acupuncture has been a popular modality of pain treatment in Eastern medical practices. The practice has since spread around the world and is commonly utilized as a therapeutic alternative to Western medicine. The US National Institutes of Health currently recognize that acupuncture can be a potent therapeutic alternative to conventional treatments for chronic pain. Read more about accupuncture 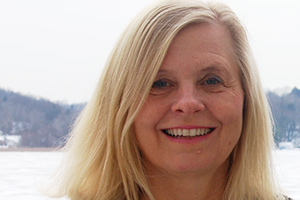