In the division of Cell and Gene Therapy, our goal is to understand the regulatory control of stem and progenitor cells of the human CNS, and to utilize that knowledge to design new approaches for treating neurological diseases, primarily using cell and gene therapy. We have two principal focuses, one on the glial disorders potentially modifiable through a better understanding of glial progenitor cell biology, and the other on those neuronal disorders potentially treatable through the induction of neuronal addition or replacement from mobilized endogenous stem and progenitor cells. Our disease targets are those attributable to dysfunction or loss of single cell types; for instance, demyelinating disease is studied as a potential target for oligodendrocyte progenitor cell delivery, while Huntington’s disease is studied as a potential beneficiary of medium spiny neuronal replacement from endogenous stem cells. Conversely, gliomas and gliomagenesis are studied from the standpoint of dysregulated signaling by endogenous glial progenitors.

In regards to the glial disorders, we are targeting an expansive category that includes not only multiple sclerosis and vascular demyelination, but also the hereditary leukodystrophies and storage disorders, as well as glial neoplasms and even neuropsychiatric disorders. In particular, we have a strong focus on using cell transplantation technologies for the treatment of the glial and myelin disorders.

At the same time, we continue to study adult neurogenesis, with the goal of mobilizing endogenous progenitors in those neurodegenerative disorders potentially ameliorated by neuronal replacement. Our intent is to induce neuronal production in adults as a means of structural repair of damaged or diseased neural circuits, with the induction of medium spiny neurogenesis for cell replacement in Huntington’s Disease being prototypic.

To these various ends, we have developed a broad set of stem and progenitor cell focused technologies that have permitted us to make substantial progress on many fronts.

Inducing Endogenous Progenitors as a Means of Treatment in Huntington’s Disease
Huntington's disease is a neurodegenerative disease characterized in part by the loss of neostriatal neurons, and in particularly of medium spiny striatopallidal projection neurons. In a series of papers over the past decade, we have established BDNF and noggin over-expression as a feasible strategy by which to induce neuronal addition to the adult murine neostriatum. These observations suggest the potential feasibility of induced neurogenesis as a promising means of disease modification in HD. Read more about induing endogenous progenitors as a means of treatment in Huntingtonøs Disease

Use of hiPSC and hESC-derived Neural Progenitors for Modeling Neuropsychiatric Disease
We have established human glial chimeric mice with glial progenitor cells derived from iPS cells themselves derived from patients with juvenile-onset schizophrenia, a category typically associated with a set of described mutations and copy number variants. By this means, we have generated human glial chimeric mice whose glia have been largely replaced by human glial progenitors and their derived astrocytes, in which the selective effects of schizophrenia-derived glia, on both cortical neuroanatomy and behavior may be assessed, relative to those derived from normal patient controls. Read more about use of hiPSC and hESC-derived neural progenitors for modeling neuropychiatric disease

Evolutionary Changes of Astrocytes
Sophisticated cognitive abilities, such as an unparalleled capacity for learning, language, abstract expression, and metacognition are said to set humans apart from animals. But what accounts for these differences? Classically, interspecies variation in intelligence has been attributed to neurons. However, comparisons between the brains of different species indicate that the proportional make up and sophistication of a different, historically underappreciated, type of brain cell increases as a function of increased cognitive capability. This project is a collaboration between the Goldman Lab and the Nedergaard Lab. Read more about evolutionary changes of astrocytes 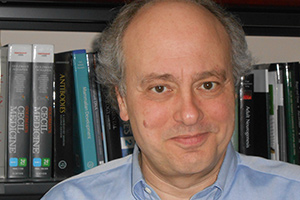