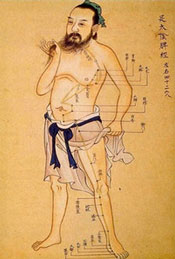 Since its inception in China around 2,000 B.C., acupuncture has been a popular modality of pain treatment in Eastern medical practices. The practice has since spread around the world and is commonly utilized as a therapeutic alternative to Western medicine. Traditional acupuncturists maintain that acupuncture’s analgesic effects come from manipulating the body’s natural energy or Qi, which is said to lie along meridians and become perturbed in the setting of pain or disease. Inserting fine needles into the tissue above important hubs of energy flow (acupoints), is thought to restore harmony between the opposing forces of Yin and Yang.

The US National Institutes of Health currently recognize that acupuncture can be a potent therapeutic alternative to conventional treatments for chronic pain. However, acupuncture’s grounding in metaphysical rather than biological justifications has made it a difficult target for empirical study. Our philosophy is that deciphering the biological basis for acupuncture represents a unique opportunity to study the neurobiology of chronic pain. An opportunity that not only holds the promise of improving acupunctures efficacy toward alleviating acute pain, but also of developing safe new alternatives to more effectively treat and manage chronic pain. 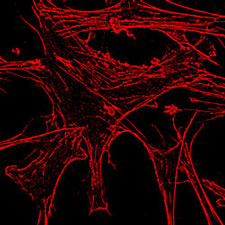 We first showed that tissue injury that is associated with the mechanical insertion and rotation of the acupuncture needle results in the release of the energy metabolite ATP. We tested the hypothesis that when the extracellular concentration of ATP exceeds the capacity for rapid removal, it will be enzymatically degraded and adenosine will accumulate, resulting in suppression of conductance of painful input, by activation of adenosine A1 receptors on peripheral pain fibers.

Using a mouse model of chronic neuropathic and inflammatory pain, we next showed that acupuncture reduces pain in wild type mice, but not in mice lacking adenosine A1 receptors. In another experiment, the injection of A1 receptor agonists into the Zusanli acupoint reduced the severity of pain, similar to the effect from acupuncture, in wild type but not in A1 receptor knockout mice. These experiments showed that needle manipulation is not necessary to reproduce acupunctures analgesic effect and highlighted the A1 receptor as a potential therapeutic target. In a subsequent study, we replicated our mouse findings in human volunteers, by showing that when an expert Chinese acupuncturist manipulates the Zusanli acupoint, there is a similarly robust elevation in extracellular adenosine.

Collectively our work amounts to a first peak into the mechanistic underpinnings of acupuncture, the formal study of which is actually in its infancy, despite having a rich history and worldwide practice. Ongoing work focuses on how the elevation of adenosine levels in the periphery correlate to responses in the central nervous system, as well as ways by which the analgesic effect of acupuncture can be pharmacologically enhanced or replicated independent of needle manipulations.